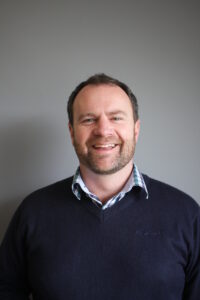 A teacher by profession, Dan spent 11 years teaching RE at Newtown High School followed by 3 years working for the local authority in an advisory role, before taking up his current position as Head Teacher at a local high school in 2018.

Not put off by being surrounded by children all day, Dan and his wife Sharon have 6 children of their own: Bethan, David, Tomas, John, Grace and Evan.

Dan became a Christian at the age of 22 while on a ‘one way’ trip to India!

In his spare time Dan enjoys the odd round of golf, spending time with his army of children, and watching weird martial arts films.

Dan has particular oversight of the work amongst children and young people here at Newtown Evangelical Church. 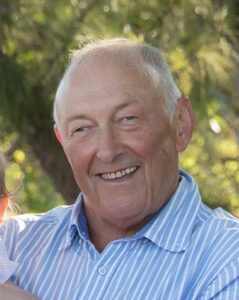 We give immense thanks and praise to our God for the life of our dear brother, Geraint Jones, who entered the presence of his Saviour, Jesus Christ, on the afternoon of Sunday … END_OF_DOCUMENT_TOKEN_TO_BE_REPLACED

The address of the church is: Newtown Evangelical Church, Llanidloes Road, Newtown, SY16 1HL The … END_OF_DOCUMENT_TOKEN_TO_BE_REPLACED